Some nice new toys from my mum to the doggies....:) 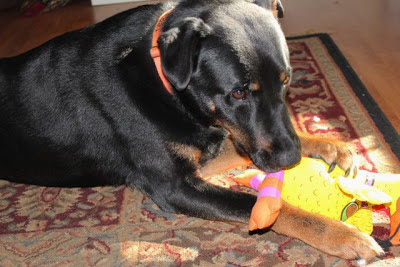 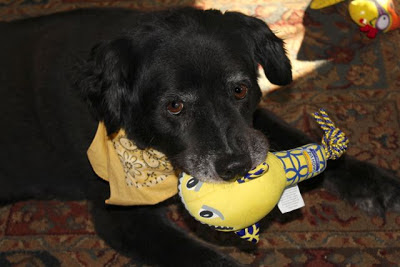 The last few weekends we've been transforming the deck - giving it a good thick coat of paint to cover the cracks and hopefully make it last another 5+ years (until we can get trex....which after this adventure, we've both decided is a splendid idea!). The good news is the structure of the deck is in really good shape. The bad news is the boards and railings were in really poor shape. So a lot of pressure washing, sanding, rescrewing, supporting and painting later....and we have a deck we're happy to sit on....:) Make note.....it turns out spindles on decks have ALOT of surface area....this project took at least triple the time we thought it would! But we're happy, and it's a cheap fix, which also makes us happy....:)