Nothing like a Hurricane to enforce some inside-time and make you catch up with things. The winds just started blowing hard, so i'm sure we're not in for power for too much longer. But so far we started the morning by cooking dog cookies, skyped with my favorite Hawaiian family the Engels-Holdt's and made my first batch of Maine soap - yay!

Nicola - the soap mold is AWESOME! Sorry it's taken me soooo long to try it out!

What an end to a week. An end i'd rather not repeat anytime soon. You know that visa issue I mentioned earlier - well it turns out it was actually a huge deal. I got a phone call from the lawyer at 5pm on thursday telling me they were going to have to send me back to the UK, as I was out of status (aka illegally working). I did some searching around and found there was a chance they could issue me a new entry document if we could prove it was their error and that there was an office in Portland. So yesterday was a day spent at the lawyers office, then waiting around to see if they would entertain changing my documents.

Luckily Gabby came with me, looked after Barkley and kept me sane during the whole experience. Luckily they didn't take me away and stick me on a plane. And that's the closest I ever want to get to that happening. They changed the documents and all is now okay. This whole process has been a pain in the ass, but most of it I can laugh it. This wasn't though, I swear I lost ten years of my life in the last 24hrs. Last night involved some adult beverages, and today has been slightly fragile....

And now just waiting on Hurricane Irene, though by the time she reaches here she'll be a tropical storm, so all we'll see is some high winds, lots of rain and probably some power-outs. I don't think it's going to be huge, but we'll probably spend the day inside catching up with things.

Some photos from a lab lobster outing, and from the last round of Monhegan Diving (a few weeks ago) 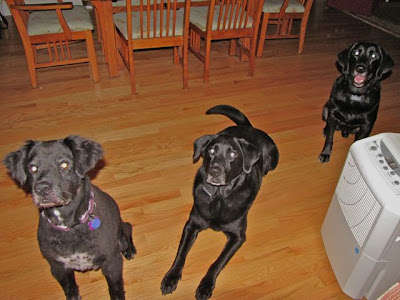 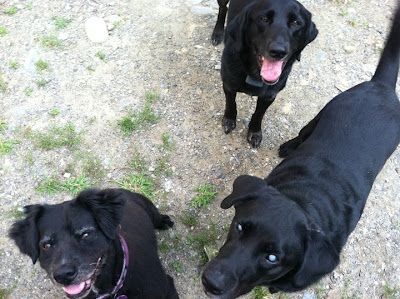 I don't know why i've been finding it hard to update the blog since I moved, it just isn't coming together as it has in the past. Think i'm just in a rut, i've not been taking a whole lot of photos recently either, so that doesn't help, as I prefer to show with photos rather than say with words. Need to remember to take the camera into work more often. Need to update the lab blog too....that has been a LONG while.

So here's the short and long -

1. The end of the DC trip went well - spectacularly busy, 7am - 8pm first day (along with edits at 10pm) and 7am - 7pm on the second day, just making my 9pm flight and back home by 1am on Weds - interestingly to a skunk taking refuge under my stairs who really did not want to move. It took some convincing, but i'm glad to say he's not returned or i'm sure i'd be having my first experience with de-skunking a dog.....

2. Weds I picked up Barkley from the kennel, she was exceedingly happy to see me (I have never seen her jump around like that before, it was totally cute). She made it until sunday then ate her bed overnight, bored we think. And unfortunately she'd developed a really nasty looking hotspot on her cheek. So that was a bath, followed by a trip to the vet - it was pretty nasty, so she's now on antibiotics and i'm trying desperately to stop her scratching it, which is almost impossible. If it's still nasty by weds she's getting the cone, so lets hope it's gone.

3. Thursday we moved in with Barkleys friends Jackson and Farley, alongside two cats and five chickens! We looked after those guys through Sunday and we all had a blast I think. Chris, Gabby and Mike came over for a BBQ on friday which was awesome.

So what's in store this week? On Weds i'm taking my lab group out for lobsters before my intern heads out back to school, my tech moves on to a full time job and a visitor from the Smithsonian heads back. It's going to be all quiet in the Waller lab in two weeks, really really quiet in fact. Especially since i'm back to Alaska the first week of September (which I thought was 3 weeks away, but I figured out today is actually less than 2.....ouch!). It's the last cruise of our project in the fjords and my collaborators up there found some travel money for me, so i'm headed up, mostly to process, but i'm hoping to get a dive or two in there.

In other news my green card just seems to get more and more complex. I just passed the first of 3 steps and they were supposed to hand in my paperwork for the next step last week. In usual fashion they did not and I found out this afternoon that there is actually an error in my last entry documents when I came back from the Antarctic. What does this mean? I'm not sure, but my paperwork at the moment apparently says I should have left the country July 1st. Oops. And of course the lawyer went home at 5.30pm when he announced there was this issue, so i've had no closure tonight as to what this means.

There is some serious partying in order when I finally get this thing.....and still no word on when I can travel out of the country. Maybe in 3 months....that's without this latest setback.

Wow this turned into a long blog. I hope all have a great week, i'll be sure to blog if I get deported, i'll have plenty of time!

Spent a wonderful and all too short two days with the D's here in DC, and am now held up in a hotel next to NSF ready for a panel meeting tomorrow. Lots to read tonight. Way too much to read tonight. Add to that a great allergic reaction to the vaccines I had to get last week (red spots everywhere!) for the green card process and all is just peachy....:0) Yes, I have a case of rubella from the MMR vaccine. Luckily not contagious - this form in reaction to the vaccine apparently isn't - and I oh so hope that's true.....if i've given the D's spots before they head to Alaska on vacation i'm not going to be a happy bunny...!

Some photos from the last few days. 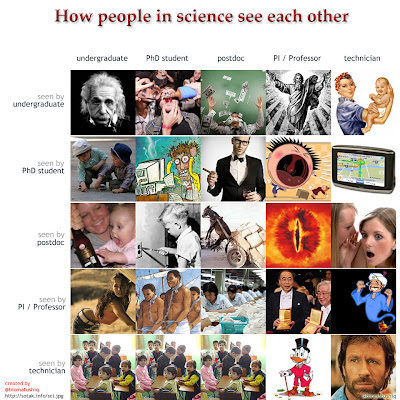 Off to a week of hectico.....tomorrow New Jersey until Weds night.....then to DC friday afternoon until late Tuesday. The first is a NOAA Deep Coral meeting, which should be interesting, the second is a proposal panel meeting, which should also be interesting. The cherry on top is a proposal to finish writing by next Monday. Think maybe I should pack some Red Bull.....

Barkley is headed to the kennel for a week.....her longest time there yet. I'm nervous. She knows something is up as has been in a sulk since we got home today. But she loves the kennel lady (if I could remember her name i'd post it, but i've totally forgotten it.....think I have way too much on the brain, that's been happening a lot lately), and worst case some friends here have offered to pick her up and take her home for me. I think it'll be fine, just me being neurotic on this one rather than Barkley.

I'll try and post some pics from Jersey....first time in that state and it looks like Sandy Hook might be a stunning area! And as for DC, I can't tell you how excited I am to see the Ds!

Mamma, what they hell did they do to my tail.... 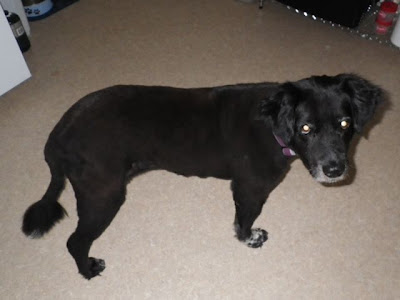 I'm not very good at getting this up for thursday am I.....oh well, it is still thursday, even if only for another hour! Three things on my mind....

1. Proposals per-schmo-sals. And that's all I have to say on that matter

2. Next week is hectic-co. Tuesday/Weds i'm in New Jersey for a deep coral meeting, friday i'm off to DC for a meeting at NSF on Mon/Tues. The good side on this is that I get to see the multiple D's on the weekend - yeah!

3. I'm feeling rather chlorinated after a few hours in the pool this evening. A group of high schoolers have been at the center since yesterday, checking out the place and thinking whether the University of Maine is the place to come to. Last night I did a talk on some deep sea critters, tonight it was try out SCUBA. The even better thing in all this? Barkley stayed home alone for a whole 4 hours and was totally fine, found her curled up on the couch. Yeah!
Posted by RGW at 5:04 PM 1 comment: 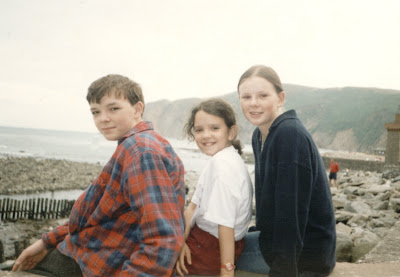 This year of change has brought up a lot of things, how much I miss my little sister is one of those. I have no desire to mark this date, it's just been in my face a lot this year, though i've been busy so that's stops the dwelling which is good. I'm not going to be able to run for SADS this year either which makes me sad, i've just been too busy to marathon train and the one here is in October rather than December, so the window to start was during the cruise, and that just wasn't happening. I'll pick it up again next year and try and get back into it with some shorter races through the winter. My expanding waistline will like me for it.

It's hard to believe it's been eight years. I'm not sure when the photo above was taken, I'm pretty sure I was still in high school, so it's way back there. It was taken in Lynmouth by my grandmother, sitting on the seawall. I'm pretty sure some ice-cream was soon involved too. That's my little brother Adam, my older brother Grant I think was at college.

Miss you squirt, every single day.