More snow - these photos from a few days ago, but it's snowing right now too! It's been a great snow year, and it looks like we can get out on snowshoes yet again next weekend - yeah! We've actually hatched a plan to snowshoe a path into the woods behind the house that lead up to a ridge. If we make a path through the trees and make it nice and deep, we could take the sleds up and sled all the way down into the garden.....:) 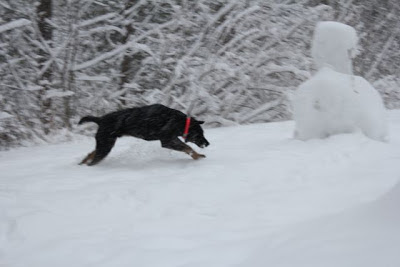 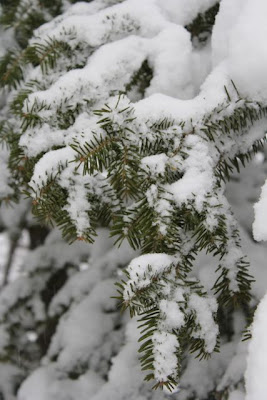 It's been a crazy week here in Maine. Monday was a holiday, but Brandon and I came into my new office to unpack. It was a godsend just spending the day, well needed and now i'm at least mostly out of boxes, and about half organized.

Tuesday was the day the National Geographic post went public. This led to a crazy and surreal day. The article came out great (Risk Takers), but if you can get the iPad version of the magazine, the interview they did came out really good - a pleasant surprise seeing as the whole interview was completely dumped on me last minute. The photo they chose for the article is not my most flattering, but with instructions of "no smiling" from the photographer, it being 80F out and the end shots of over 3 hours of photographs, I think they got the 'badass' look they were aiming for....

The article coming out led to a UMaine flurry - phone calls from Deans and Presidents, directors and other faculty, all thought it went down really well, which was a relief. News articles (Bangor Daily News, Lincoln County News, Chicago Tribune among others), being dubbed as Waller the Explorer (watch out Dora!) and even a couple of radio shout outs - and the day became somewhat overwhelming.

The publicity can only be a good thing. Everyone has been awesome and positive which is great, and the way the University took it and publicized it has been amazing (all Tuesday I was the front page for the whole UMaine website!). This publicity high unfortunately comes and a job low though. The college is seeing a $600,000 cut next year, so the chances of me moving onto firm money in the department this year is all but nil. It was looking so good before Christmas too. And, along with grants being scarce and having to take a salary reduction to spread out my months, I'm really done with leading the 100% soft money life, so this really comes at a bad time. There are fewer grants to apply for this year too, so it makes scraping together salary all the harder. The directors are trying their hardest, and this publicity will help, but I can't see a resolution for that massive deficit, it's too much to imagine them carving out salary for me at this time.

So onwards it is, maybe this year will be more turbulent than I was hoping for. Either way, it's started with a bang. Even with all the National Geographic blog stuff i've been doing, I really never in my wildest dreams imagined i'd be inside the cover of a magazine i've read since childhood. Though the attention is stressful at times, I can't help but smile.

And it's a beautiful Maine day out there! Time to get out the snowshoes and the toboggans! 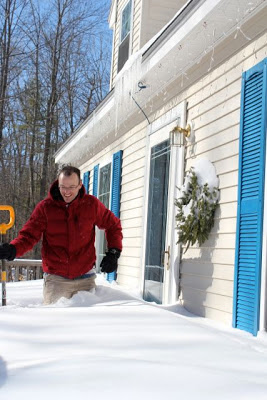 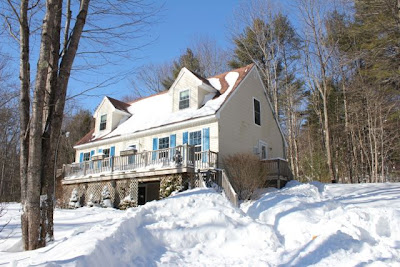 More photos from the storm. 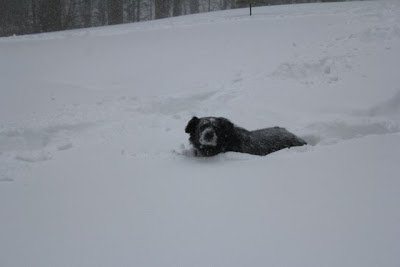 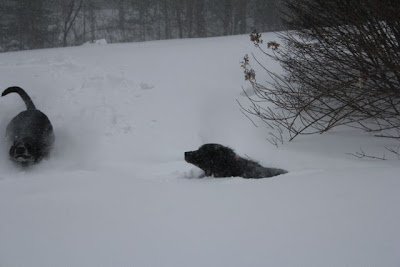 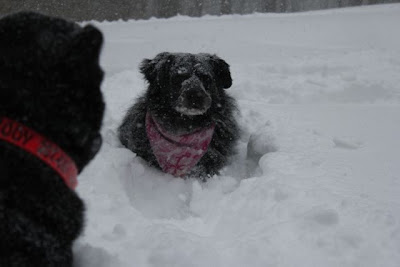 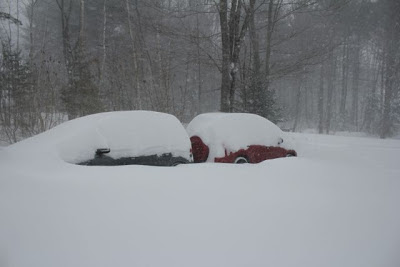 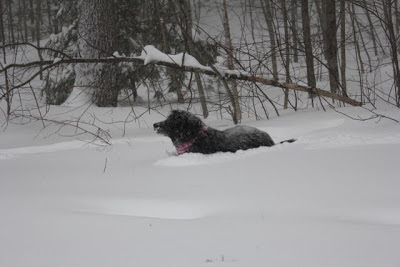 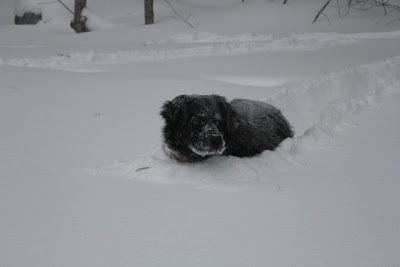 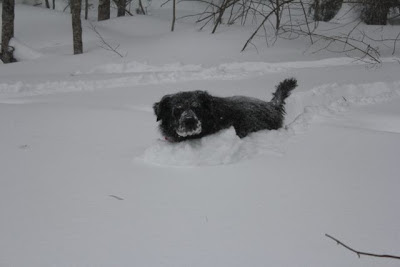 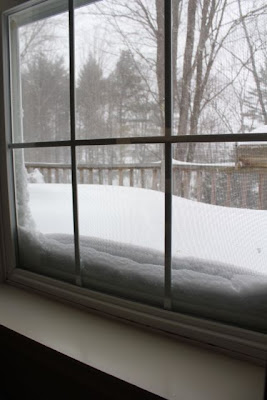 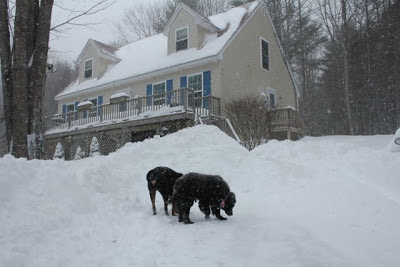 Woke up this morning to about 20 inches on the ground! Pretty wild out there too, high winds, we're pretty surprised to still have power. Still a ways to go though - blizzard watch isn't over until late this evening!

We're just waiting out the beginning of Nemo - set to hit in about an hour or so. So far we're up to about 4-5 inches of very fluffy snow, so it'll be interesting to see how much we get in total.