A random selection of Dylan...

I finally downloaded some photos from my phone! 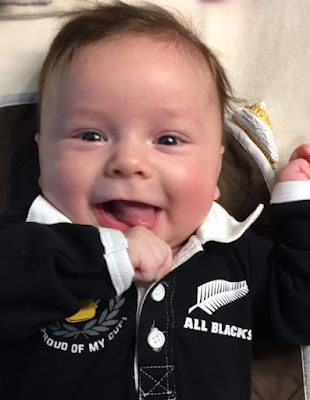 My first week back at work just passed, and Dylan's first week at daycare. Very mixed feelings, I love my job and enjoyed being back, but I would so dearly have liked to take longer, but unfortunately in Maine (and most of the US) you can only take 12 weeks unpaid, then it's back to work. I feel like he's just got so much more interactive, and we've just got over a major hump in breastfeeding...and now it's all change. Even just this first week i've seen my (already low) milk supply tank, so this weekend and next week i'll be back on herbal supplements to hopefully be able to keep my supply going for as long as I can. With them pushing hard for nothing but breastmilk for the first 6 months, it sure would be good to have had 6 months at home to give it the best chance possible. And, to be honest, he's just so much fun to be around, he's such a happy little chap, and in this last few days has even started full on giggling.....how can you not want to spend more time with that....:)

As a last hurrah before going back to work, we spent the weekend in Lubec, the furthest east you can go in the USA. We spent it with our dear friends at a camp that belongs to family, and had a real blast....:) 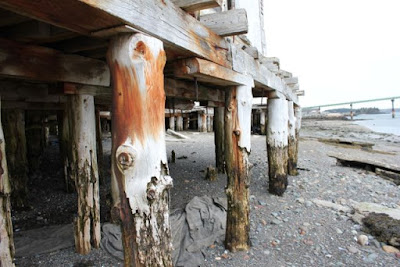 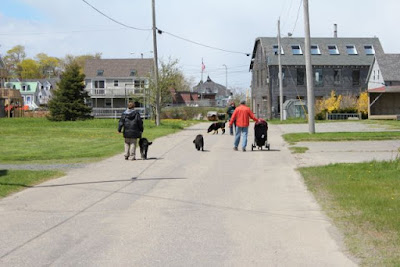 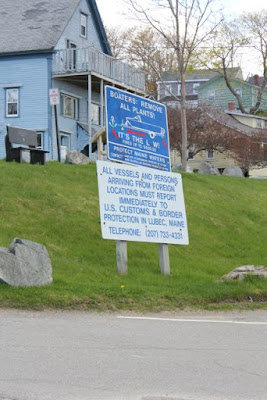 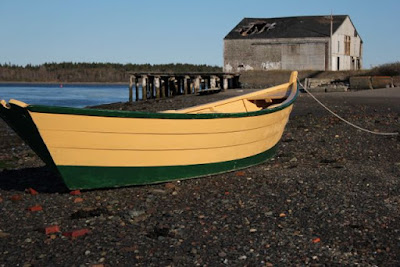 Dylan's not so excellent adventure......

We knew ER visits were on the cards having a little boy, so rough and tumble and we have every intention of letting the trees be climbed and the bruises happen. But we didn't quite expect those visits to start so soon.

A few weeks ago little Dylan started having (small amounts of) blood in his diapers combined with a few hours of straining and screaming (heartbreaking for mamma) pain, so we took him to the pediatrician who gave him a thorough look over and diagnosed a milk protein allergy. No more ice cream for mamma, I gave up all diary and soy to try and make him better (anyone who knows how much I love cheese will know that was/s hard!). No more bloody poop for a while (ten days maybe), it seemed to have worked until he started having the episodes of pain and straining again, only being relieved by having a big (bloody) poop.

Unrelated (we thought) a week ago we noticed two lumps in his belly, so again headed to the pediatrician (again on a weekend...do they work weekdays?) who diagnosed inguinal hernias and referred us to the pediatric surgeons in Portland a week and a bit later. Saddened that he'd need surgery, we were told it wouldn't be urgent, but he'd need it within a month or two, just so it never became an issue.

Then this saturday rolled around. Saturday he had a pain episode that lasted much of the day, and by 3pm or so, he'd started to refuse to eat. His hernia lumps also felt hard, though weren't discolored or warm (warning signs we'd been told to look out for). A call to the pediatrician and they asked us to go to the ER. We headed out, with me sat in the backseat to watch over our little man. Literally as we were less than 5 minutes from the hospital he woke up, looked at me, let out a giant toot (and poop!) and started smiling - our little man was back to normal. Being worried though we still took him in, he alternated between flirting with the nurses and feeding! The doctor looked him over and even pushed his hernias back in, showed us how to massage them to help with his pain, and told us to make sure we didn't miss our appt in portland on Tuesday. Happier, though slightly scared and hoping Tuesday would roll around soon, we headed home.

Sunday by midday it all started again. This time we didn't wait as long to call the pediatricians office, particularly as his hernias felt very solid this time and it didn't matter how much we massaged them he was still in pain, and they again told us to head to the ER. Expecting the same as the day before, we headed in, but we got to the ER and he was no better, and just started to refuse to feed. The same doctor was on, looked him over and tried to reposition his hernias, but couldn't, so called the pediatric surgeons in Portland and prepared to transfer us by ambulance down to Portland Children's Hospital. My, and Dylan's first (and hopefully last) ambulance ride. As we were carted off, Brandon headed home to drop Barkley at our friends, pick up clothes and square away the house.

During the ambulance ride, Dylan finally pooped and started to feel better, gave the EMTs some smiles (they gave him a bear in return!) and proceeded to sack out from exhaustion. We arrived at the Portland ER, Brandon arrived about an hour later. The pediatric surgeons came down and looked him over, and by this time he was feeding, all be it not as well as usual, still in pain. They scheduled him for surgery in the morning and booked us into the Children's Hospital, by this time it was 1am. We all sacked out and got a few hours of sleep before 6am rolled around and time to feed him up before he had to go food free. They took him to get an IV (fifth time lucky....this mamma cried from the third stick onwards) which they ended up putting in his foot, and we waited, he was taken for surgery at 11am (by the same doctor who we were scheduled to meet with on tuesday!). The rest is really a blur, he came out of surgery and it all went well, they closed up the two holes and his bowel looked unaffected by the trauma, which was the best news. He didn't come out of anesthetic so well, didn't want to eat and was in a lot of pain from all the air in his belly from the laprascopic procedure. At around 7pm he kicked out his IV, causing quite the stir on the ward as it started bleeding profusely, but they told us they'd give him a few hours to start eating before they tried to put a new one in (phew!). He ate an ounce or so at midnight, enough to give us a few more hours, and finally took a big feed at 3am, followed by a few smiles for mummy and daddy and sacking out. At 10am they were happy with his feeding (which was still low and worried me, but they were unconcerned as long as he was actually feeding!) we were released to go home!

Today he was much more himself, still on some pain medication but weaning down. Lots of smiles and even some kicking time under his play gym, and he's eating better, still not to norm, but much closer. The good news he won't remember any of this....though we will, for a very long time!

Eight weeks goes by so fast, and so slow. I've been enjoying this time off, can't quite believe I only have another 4 weeks before returning to work. Dylan is smiling, cooing, wiggling and letting his wishes be known louder and louder. He's so much fun...:) 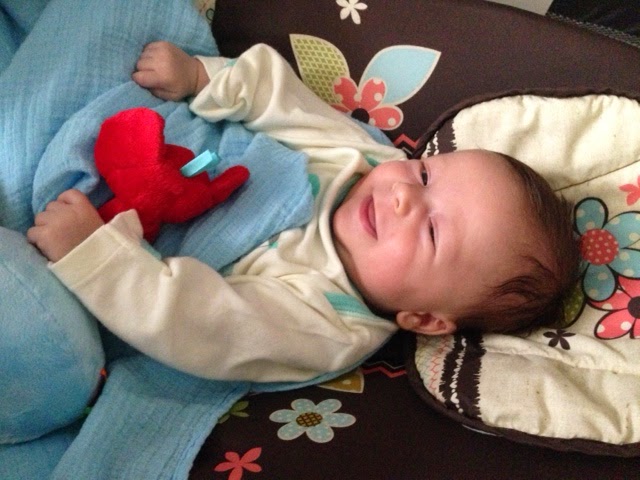 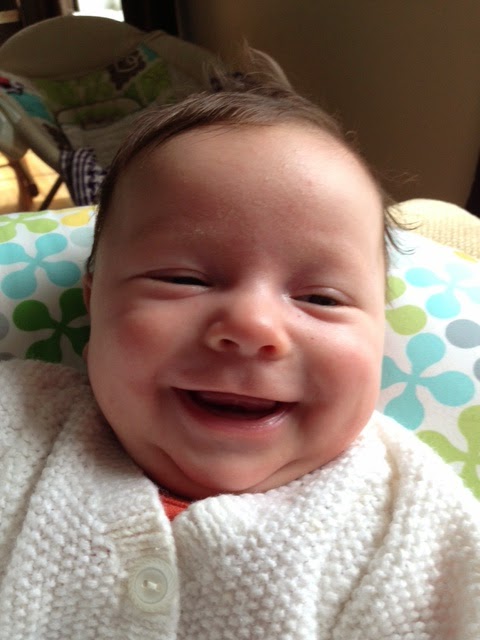 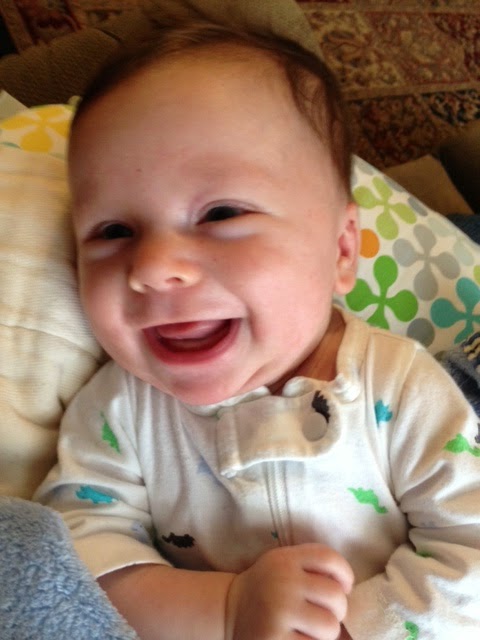 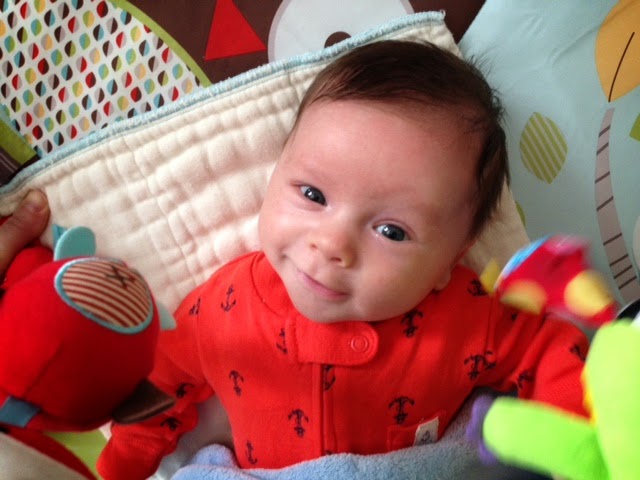 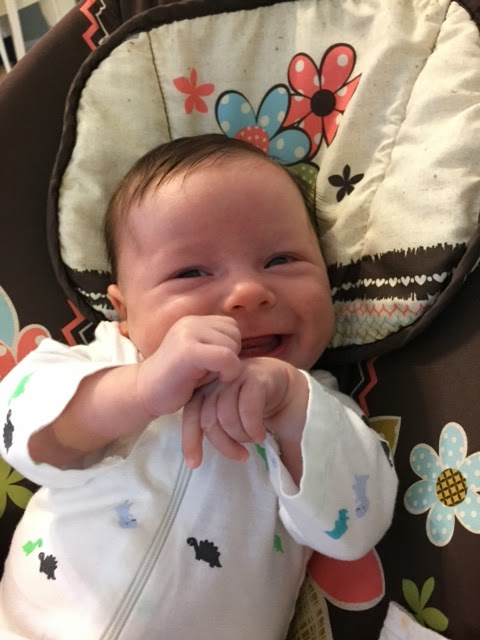 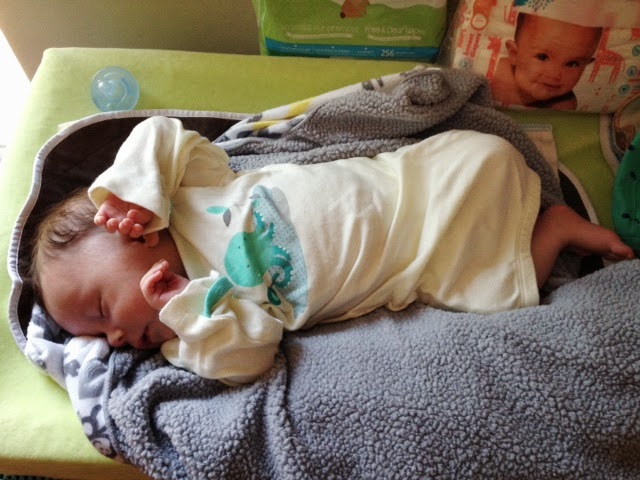 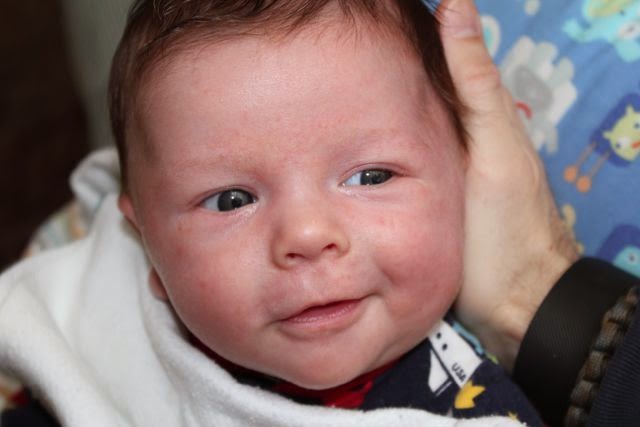 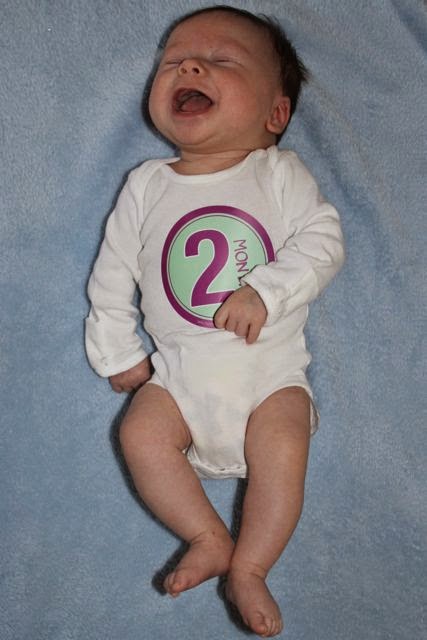