Jenny and Doug must miss Barkley enormously, but I really do feel so thankful she's here keeping me company. She lights up my days. Second time out in the snow and she was prancing around, pretty darn cute. Still ready to come in (standing by the door waiting for me to finish digging out the car), but I have no doubt she's enjoying the fluffy white stuff. 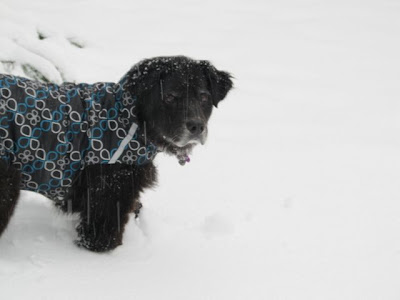 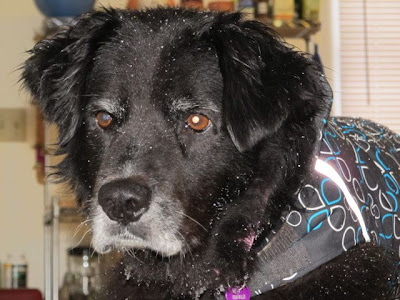 Yeah, i'm going to count this as Barkley's first snow. This is the real stuff, the fluffy and light, the snowshoeable snow that I remember from earlier this year. She seems to like it! 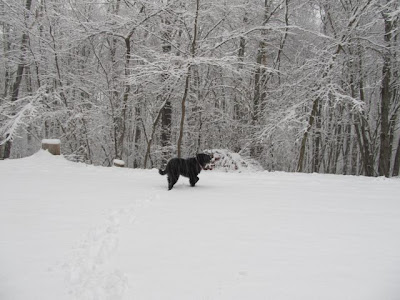 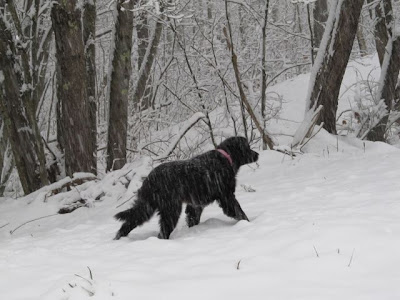 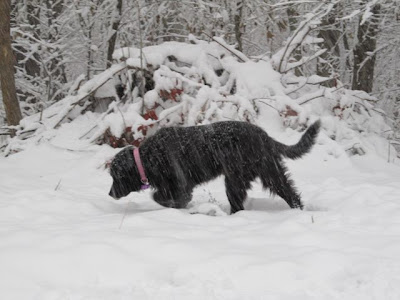 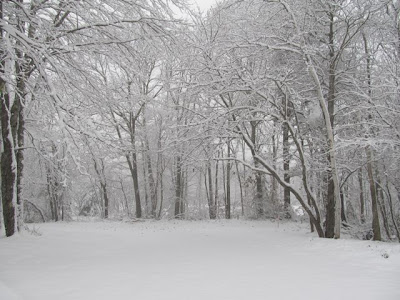 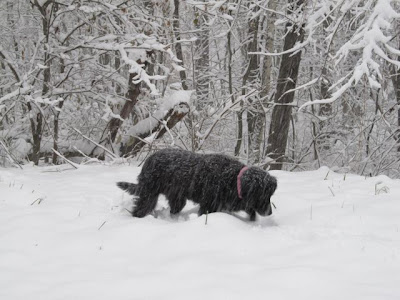 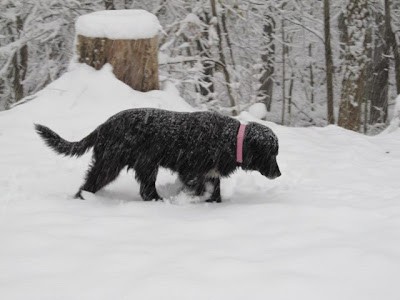 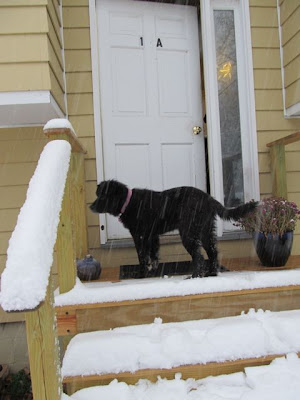 
It's been a few weeks since I last posted, and so much has happened. Nothing overly exciting in the end, but here's the catch-up -

1. Put an offer on a house in Jefferson, 35 mins away from work. Ten years old, 3 bedroom, no-work-needed right now house.

2. Had offer rejected, countered with more than I can afford. Game over, keep on looking.

3. Went to Woods Hole, caught up with fabulous friends, started to panic about working at SEA in January......lots of lectures to write, pronto!

4. On the way back caught up with Tara, Paul and the kids who moved from Hawaii to Portsmouth in the summer. Was awesome to see them!

5. Work wise it's been proposals, proposals and proposals, and i'm a little burnt out to say the least. But there are more to write before the year finishes, so just got to keep plugging away. On the exciting side i've submitted a few to do some deep decompression diving that i'm excited about. Hope they come through.

6. The usual internal university politics has reared its head in Maine. I keep reminding myself how bad Hawaii is and that makes it better. In short, it's been a highly frustrating few weeks trying to get a summer course on the books the way I want it to be. More on that in a later post once things are firmed up, but it hasn't gone the way I want and that's left me a little deflated.

And that's about that. Health wise it's been a bit sucky, stomach has been playing up (acidy) and had an endoscopy last week (inflammation, but the doctor said it was better than he expected) and I seem to be getting a migraine a week right now. Wonder if it's the changing air (we're definitely getting dry up here!).

I'm ready to start a new year. I keep reminding myself this year has been good because I am here, in Maine, and I love it here. On a day to day basis it's sucked more than a little recently, and throughout the year really (bad cruises, green card bollocks, politics etc.), so i'm ready to kick 2011 goodbye and say hello to 2012. Not too long to wait I guess.....

Dad and Sanchia have been here this last few days, and it's been really fun going to all the places I haven't managed to go to yet. Thursday we went down to Popham Beach and Fort, Friday we hung around town and went to Edgecombe Fort, Saturday was Pemaquid and a party at the Rigaud's, yesterday we went out to Fort Knox and Camden and today it's Portland. Wednesday they fly out so it's been a whirlwind visit.